May heads to Brussels

Prime Minister Theresa May will travel to Brussels on Monday to hold crunch talks with European Union leaders in a bid to end the deadlock over Brexit negotiations.

Despite Downing Street insisting the meeting had “been in the diary for weeks,” the trip with Brexit Secretary David Davis to speak with EU chief negotiator Michel Barnier and Commission President Jean-Claude Juncker surprised Westminster.

The trip to Belgium comes a week after the fifth round of negotiations between Mr Barnier and Mr Davis reached an impasse over the cost of the divorce settlement.

Sky News understands the Prime Minister will accompany Brexit Secretary David Davis on the trip, which is expected to include dinner with Michel Barnier, the EU’s chief negotiator, and Jean-Claude Juncker, European Commission president.

Mr Barnier said he could not recommend to EU chiefs that talks move to the next stage until progress was made on the settlement.

The UK government is pushing for the exit bill and future trade negotiations to be discussed together.

Former Brexit Minister David Jones called for Britain to suspend talks until the EU is prepared to talk “sensibly about money” and future trade terms. 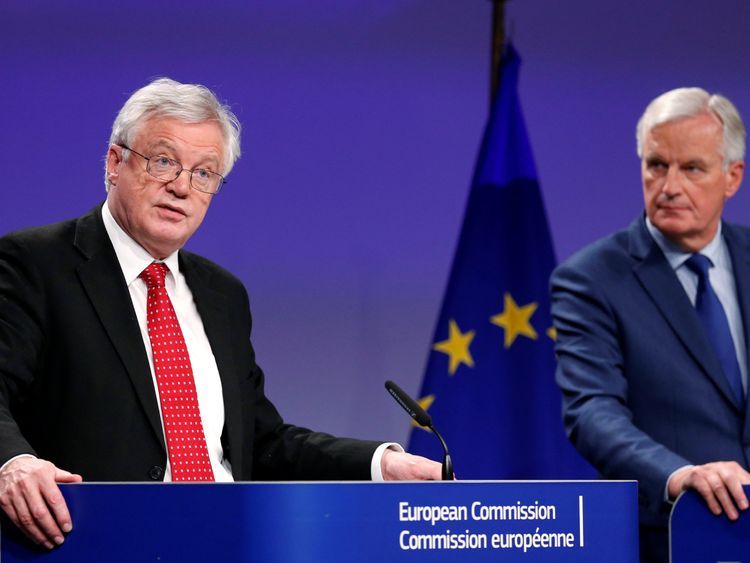 Foreign Minister calls upon German businesses to invest in Bangladesh

‘There is every chance to get it sorted out.’

‘One last chance’ to get Brexit done