A major rally in London

Thousands of health workers, unions and activists are marching to demand and end to the NHS crisis at a major protest in London.

Crowds turned out in the capital’s centre to press the government to provide more beds, staff and funding to ease the problems facing the health service.

“Keep your hands off our NHS,” they chanted as they began marching from near the UCL Hospital towards Downing Street.

Among the demonstrators at the march was Jamie, a disability rights advocate who was attending the march in his wheelchair.

He was injured in a serious car crash 21 years ago and said the NHS had saved his life.

I owe my life to the NHS.

There is a tragedy unfolding and the fact is that so many desperate people are traumatised, stigmatised and stressed by work capability testing. 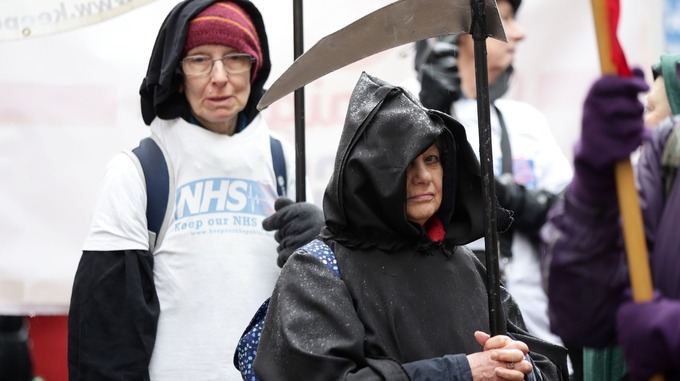 nisers at The People’s Assembly said stories of patients dying in hospital corridors and overcrowded waiting rooms revealed a crisis.

“It is time this Government stops blaming patients, nurses, doctors, immigrants, flu and the elderly for their shortcomings.”

The shadow health secretary Jon Ashworth, who is also expected at the protest, has said the NHS was experiencing its worst winter on record. 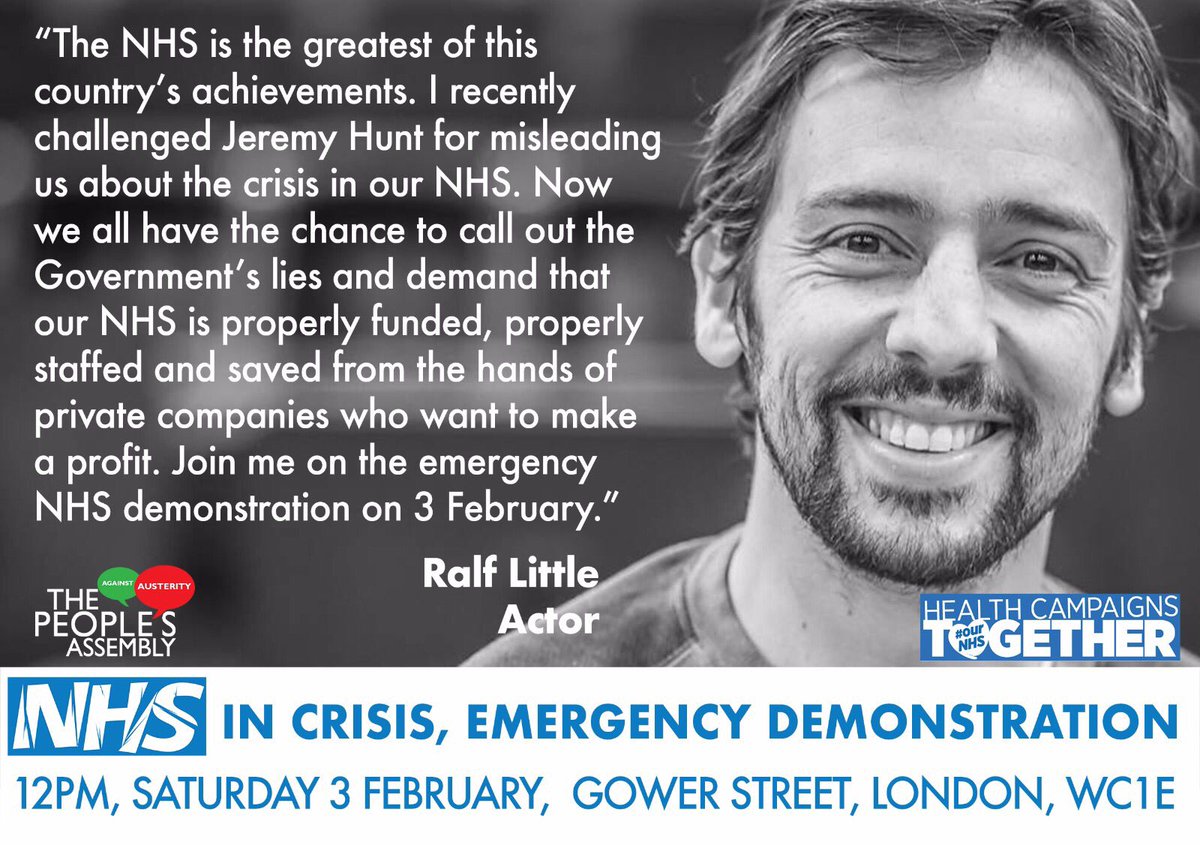 Actor Ralf Little is among those who said he will be attending the rally.

He has describing seeing his mother get free life-saving care on the NHS after she suffered a stroke, while his mother-in-law had to pay thousands for a routine operation in Florida.

He said: “My mother was rushed to hospital in an ambulance, received expert emergency care, stayed in hospital for two weeks to recover, was treated daily by consultants, physical therapists, occupational therapists and nursing staff, was escorted home in a taxi and checked on three times a day for a further five weeks.”

TUC general secretary Frances O’Grady said: “Our NHS is in intensive care, starved of the resources necessary to meet the needs of our ageing and diverse society.

“Meanwhile, brilliant, dedicated staff have suffered year after year of pay misery and are having to do more, with less, for less. ”

Royal College of Nursing president Cecilia Akrisie Anim will address the rally saying: “Nursing staff are bearing the brunt of the enormous pressures facing the NHS. 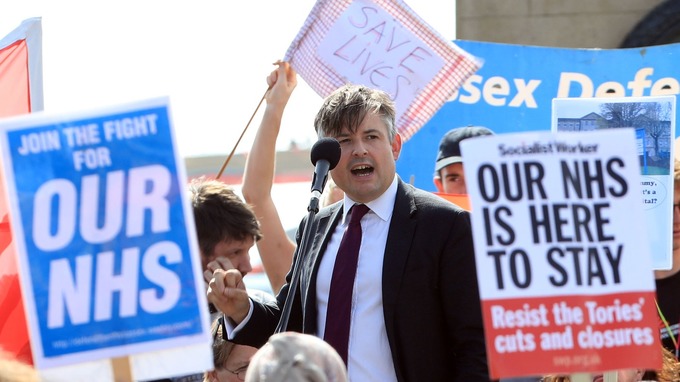 “Staff at every level are experiencing burnout and many of our colleagues are turning their back on jobs they love. It’s no surprise that nursing staff feel overstretched and undervalued. There are now more than 40,000 nurse vacancies in England alone.

“2018 is 70 years since the formation of the NHS and nurses have always been at the heart of it. Urgent action is needed to address the current crisis – if none is taken, it is our patients who will suffer. We will continue to speak out to defend our NHS.”

1,387 responses to “Thousands march to demand end to NHS crisis”