By Richard Burfort:: Tower Hamlets,  rocked by a vote-rigging scandal and accusations of fraud under its disgraced former mayor Lutfur Rahman, will hold a referendum next year on scrapping the elected mayoral system.

The council in East London, where Mr Rahman was accused of illegal practices and banned from holding office, is set to hold a vote on changing to the ‘leader and cabinet’ model in May next year.

Elected mayors hold more power than traditional council leaders because they can approve major plans alone without support from other elected councillors.

In 2015 an election court found Mr Rahman guilty of intimidation, vote-rigging and wrongly smearing his Labour rival as a racist in order to hold on to power. He was removed from office and banned from standing for election for five years.

This week the local Labour group triggered a referendum after a proposal put forward by the current mayor of Tower Hamlets John Biggs.

It followed Mr Biggs surrendering most of his executive powers at a cabinet meeting earlier this month.

He said: “It’s been over ten years since Tower Hamlets voted to adopt the mayoral system in a referendum. A lot has happened during this last decade, and a significant part of my time as mayor has been spent undoing the damage done by my predecessor.”

The position was introduced in England in 2000 and adopted by more than a dozen local authorities as well as Manchester and London.

Hartlepool, Stoke-on-Trent and Torbay have voted to abolish the posts since the system was established.

Mr Biggs added: “It’s time for the people of Tower Hamlets to have their say about what they think works best for our borough.

“Above all else, the debate that follows must be focussed on securing good governance, accountability and ensuring that whatever system we use delivers for Tower Hamlets during these really difficult times.”

It comes at a time of discontent with directly elected mayors in some parts of east London. Last month Newham council also vowed to hold a referendum on the system. Its vote will be held on the same day as Tower Hamlets in May, the same day as the London Mayor elections.

Newham’s Rokhsana Fiaz promised a vote on changing to a system of committees.

She said: “I was elected on a pledged to change the culture, structure and governance of the council. This is a bold vision where Newham becomes a beacon for participatory democracy.

“The Covid-19 pandemic has both highlighted and exacerbated existing inequalities and injustices.

“Addressing this democratic deficit is central to our determination to create an environment where people no longer feel disconnected from the decisions that affect their lives.” 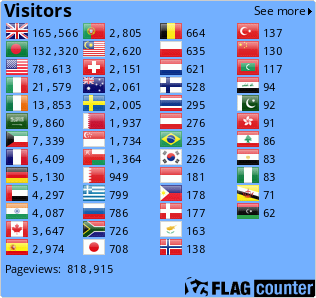